You can purchase your own copy of the City Saunter books here. Click below to be taken to PayPal to place an order for A City Saunter Story [Memoir] ($25) or The City Saunter Project [Photo Book] ($45). The amounts below also include tax and shipping ($5/book). Thank you! 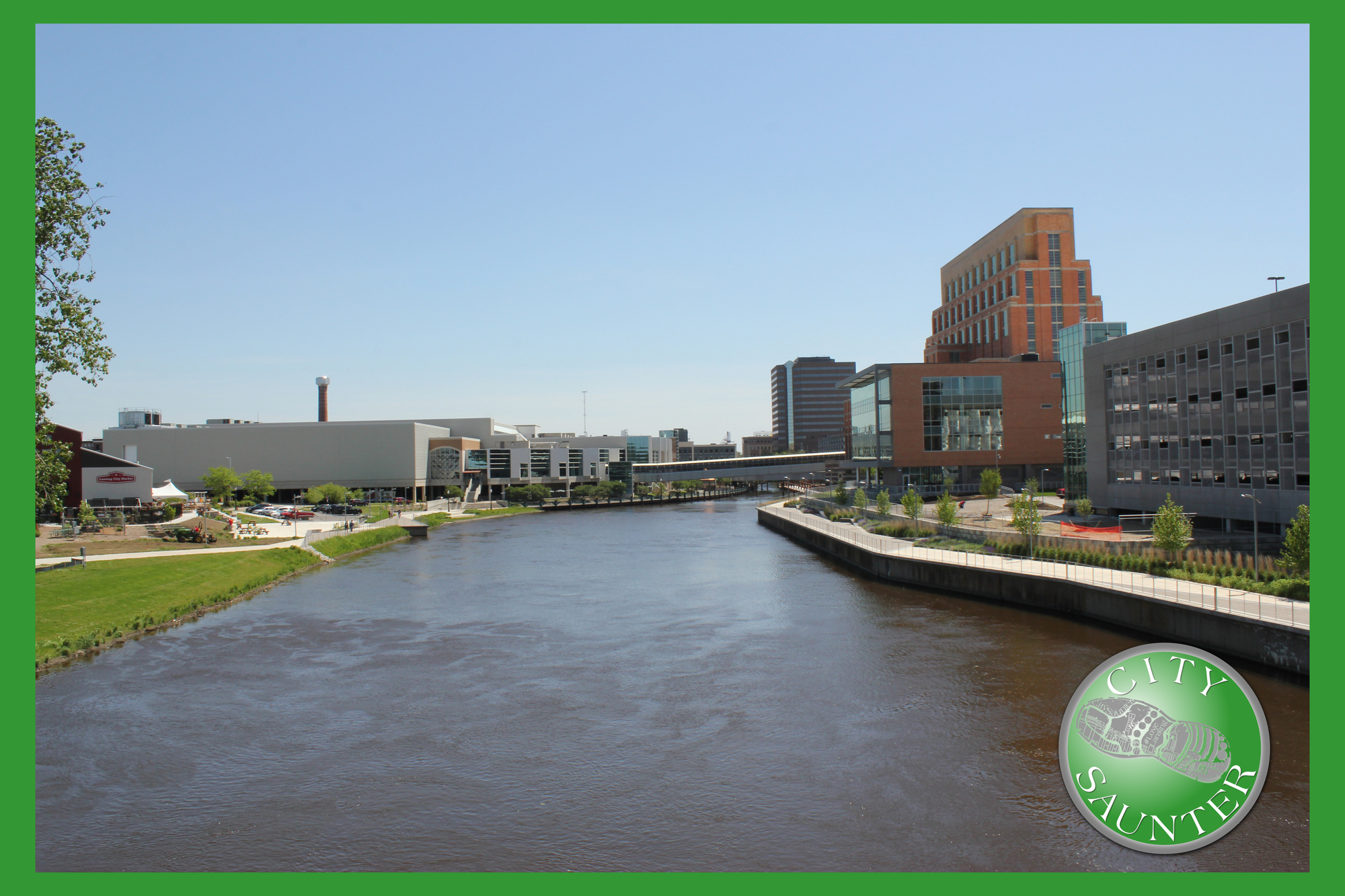 Under this new division of Ariniko Artistry, I will be publishing books. The first two will be from the City Saunter Project. Here's the information regarding the project and the books.

Lansing is the capital city of Michigan. It spans nine miles north to south, and six miles east to west. Roughly 114,000 residents live within its borders and call it home. If you ever had the time or energy to walk every street in this city, you would walk about 537 miles. You would witness the softly swaying corn fields on the south-eastern edge in the summer months, where it's evident that nearby Michigan State University agriculture plays an active part in the environment. You would be surprised to see the bungalow-style homes deep set on multiple acres near the man-made Jones Lake, on the north side. You would spy urban gardens, graffiti, and dead-end streets, with winding paths that stretch out into the woods. The bustle of downtown Lansing would draw you in with its loud sounds, monolithic government buildings, and historical statues.

You would smell QD donuts filling the foggy air on early October mornings, and see flocks of geese cluster together on the Red Cedar in the deep winter. You would hear cartoons on TVs, dogs barking, and sometimes heated arguments. Many times you would meet people out walking, some for exercise and some because they had no other way to get around.

You probably don't have time to make your way through the city in such a way. Let me take you on this journey and do the legwork for you. While sipping your favorite beverage, on your most comfortable chair, you can experience what it was like to travel for three years through this "Little Big City," street after street. You can read about this journey of learning to walk safely, join groups, and experience this lovely city to its wholeness. You can enjoy the beautiful photographs created through these walks, season after season.

Through the City Saunter Project, a time stamp of Lansing was made. The time?—2010 through 2013. An era when General Motors began to falter, causing dramatic repercussions throughout the city. A moment when Lansing Public Schools began to break. It was a time before REO Town was drawing crowds in for fresh brewed coffee and lip-smacking BBQ.

All of these finds were captured through stories and photographs. Although my journey began as an effort to help lead Lansing out of the Great Recession, it became a much bigger life lesson of community, volunteerism, and urban development.

A City Saunter Story is the book of that journey. 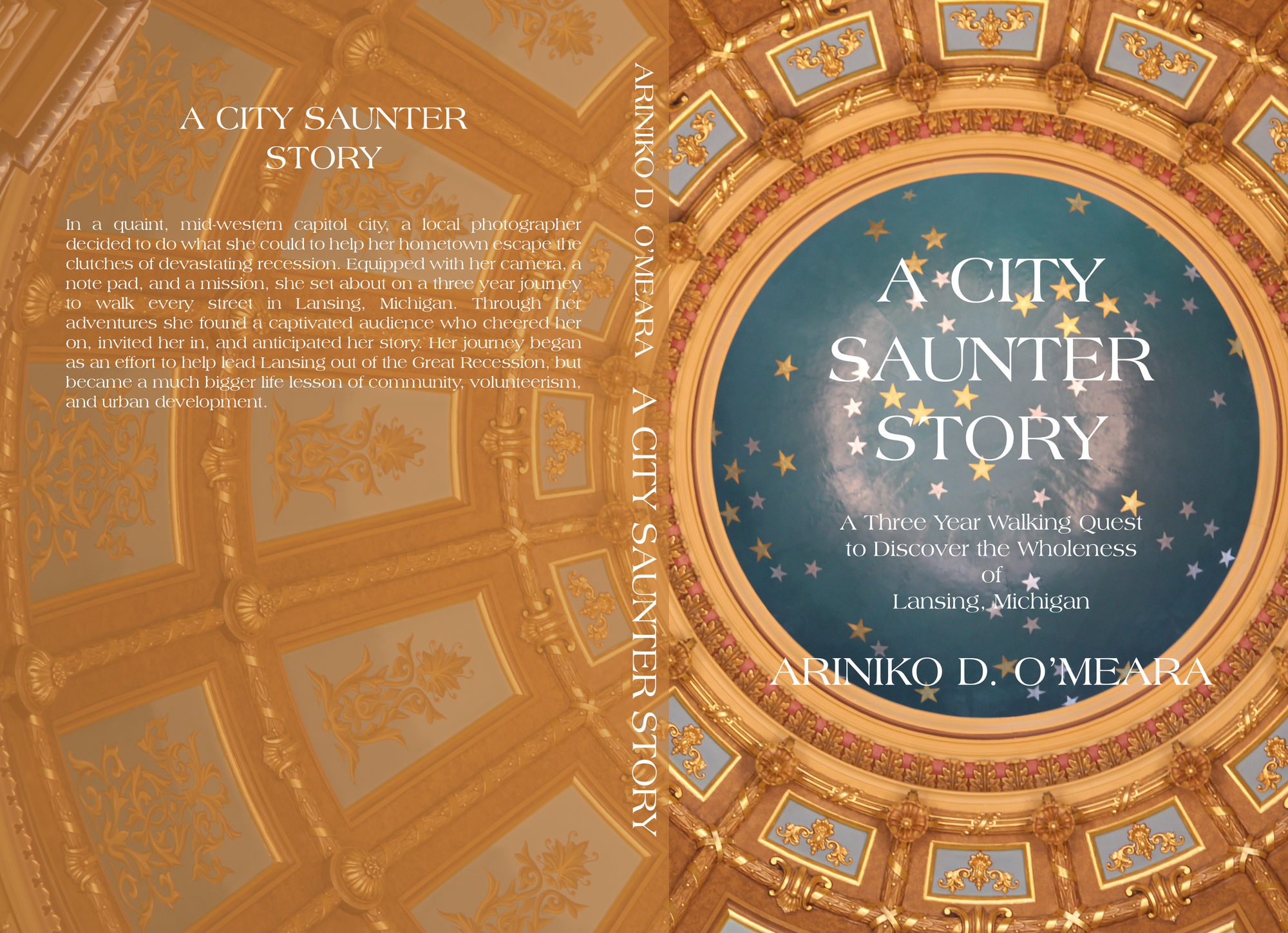 The City Saunter Project is the second, companion book to the story. It showcases original blogs from the project and many photographs that complement those blog stories. This photo art book will be an 8x10 hardcover book, printed on high-quality paper, in full color.